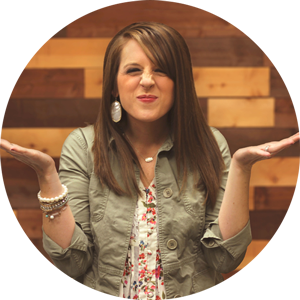 Mad at God, But Why?

We point our fingers and shake our fists at God in an effort to bring some kind of closure and peace to our broken hearts.

I’m not a very patient or forgiving person. In Psalm 103, David describes God as “slow to anger, quick to love.” This is basically the complete opposite of me. When someone wrongs me, I like to let them know by sharing my ever-so perfectly-worded defense immediately. Just ask my husband.

When I experience suffering in life, my immediate reaction is to find someone to blame. I want to point my finger and make someone pay for their wrongdoing. There’s something so satisfying about knowing who to be angry at, even if it’s not necessarily their fault. In my time in ministry, I’ve worked with tons of grieving families who falsely blame another person for their heartbreak just so they have someone to be angry at. When they can’t find another person to blame, the fingers turn toward God, accusing him of robbing them of their joy and causing them to walk through valleys of suffering.

In our moments of heartache, we point our fingers and shake our fists at God in an effort to bring some kind of closure and peace to our broken hearts. The truth is, however, that the only way to bring true peace in times of despair is to trust that God is bigger than our situation and that he is always working all things for our good and for his glory. Resting in his sovereignty allows us to release our anger and see his faithfulness in every tiny detail of our lives.